Institute of Banking Personnel Selection or IBPS is a recruitment board that recruits young graduates in Indian public sector banks (excluding SBI). IBPS RRB is prescribed in two sections, the first for the office assistant post, and the other is for the officer post. In this article, we will talk about the IBPS RRB “Officer scale’ Post.

Check out the below-mentioned table for the IBPS RRB Officer highlights:

Recently, IBPS has announced ‘8106’ vacancies for the RRB ‘Officer scale-I, II, & III’’ posts. All eligible candidates can apply online for these posts by visiting the official website of IBPS. The important dates, as per the latest calendar of IBPS, are mentioned below:

The category-wise application fee structure for the IBPS RRB Officer scale is mentioned below:

Eligibility for IBPS RRB officer scale 2022-2023 is prescribed as per nationality, age, and educational qualification. For detailed information see the below-mentioned table:

The examination pattern of the IBPS RRB officer scale is also prescribed according to posts.

The interview is the last stage of the recruitment process of selection (IBPS RRB Officer scale). For candidates, it is a mandatory minimum of 40% marks (For SC/ST & PWD, the minimum score is 35) to clear the IBPS RRB officer scale interview. There are some important key areas that candidates should focus on:

The syllabus of the IBPS RRB Officer is prescribed according to posts and it covers Computer Knowledge, Quantitative Aptitude, General Awareness, Reasoning Ability, and Hindi/English Language. Detailed information about the IBPS RRB officer scale (I, II & III) Syllabus is mentioned below:

Candidates are always curious to know the salary of respective posts, their allowances, career growth, perks, and promotion policy. Here is some valuable information related to it:

Video Lectures: OLExpert’s online lecture is an educational lecture designed to be posted online. Lectures are recorded to video, audio, or both, then uploaded and made viewable on a designated site. Videos lectures increase student engagement, which in turn helps boost achievement. If students are interested in the material, they will process and remember it better.

PDF Notes: Creating short notes, highlighting pertinent points, and making these as easy to access, organize and reference as possible should become a priority. This will ultimately help with information retention, as the concentration and active listening it requires will fire up cognitive processes that enhance learning.

Practice Questions: Questions have long been used as a teaching tool by teachers and preceptors to assess students' knowledge, promote comprehension, and stimulate critical thinking. Well-crafted questions lead to new insights, generate discussion, and promote the comprehensive exploration of the subject matter. 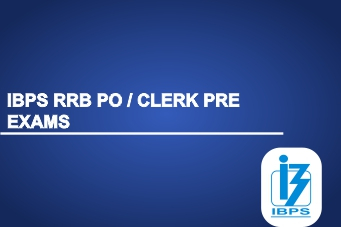