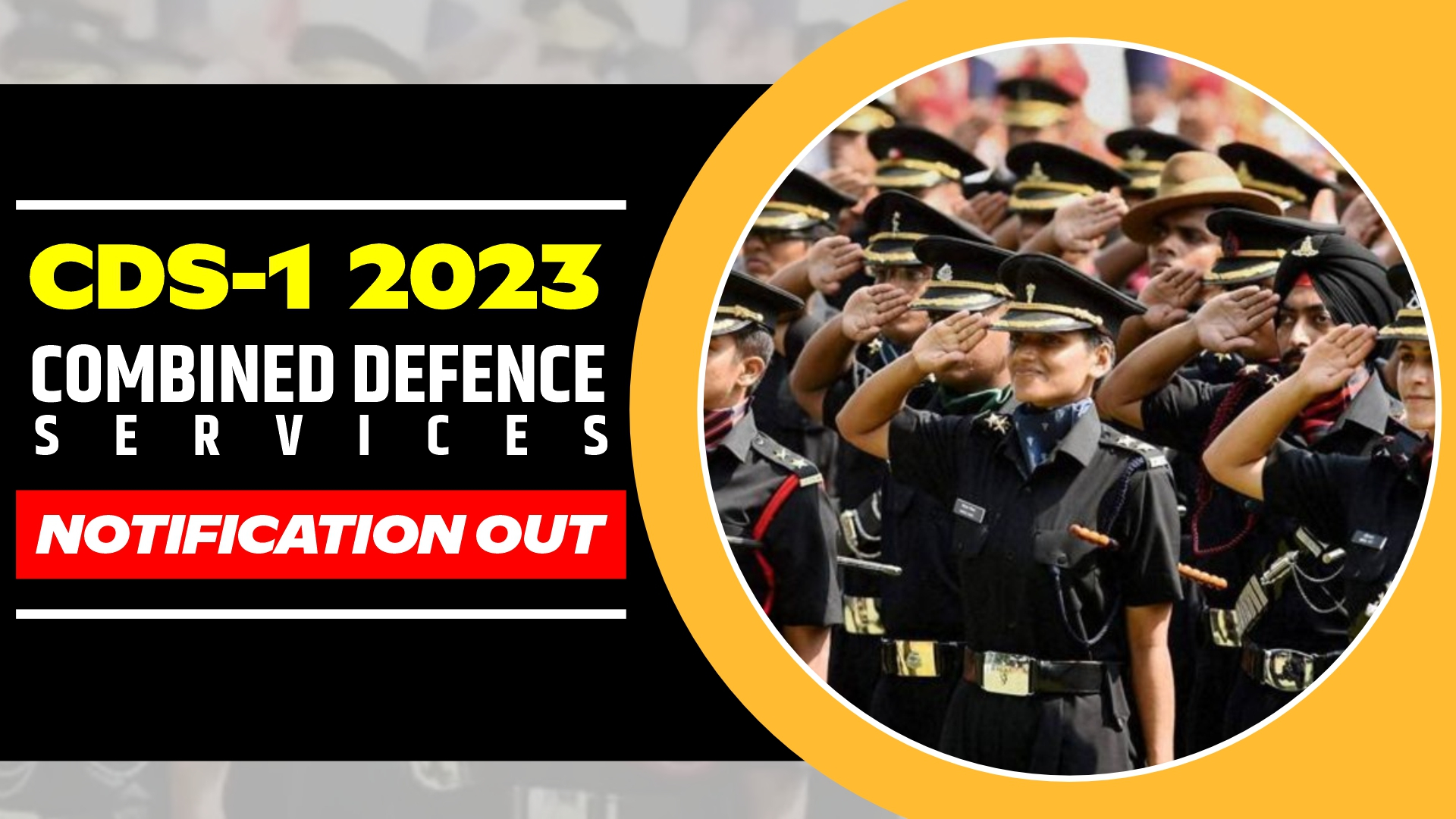 There are 341 vacancies.  The vacancies are Tentative. The number of vacancies given above is tentative and may be changed at any stage by Services H. Q.

The tentative schedule of events is as follows:

The syllabus for the Examination will be as follows:

Educational qualifications for various academies under the UPSC CDS are as follows:

A candidate must be unmarried and must either be:

Ques. I am in the the final year of my college. Can I apply for the UPSC CDS exam?

Ans. Yes, Candidates who are studying in the final year/semester Degree course and have yet to pass the final year degree examination can also apply provided candidate should not have any present backlog up to the last semester / year.

Ques.  Are there any percentage criteria to apply for the UPSC CDS Exam?

Ans.   There are no minimum percentage criteria to apply for the UPSC CDS exam.

Ques. Is there any negative marking in UPSC CDS Exam?

Ans. Yes, UPSC CDS exam has negative marking. One third (0.33) of the marks assigned to that question will be deducted as penalty.

Ques.  How many times can the UPSC CDS Exam be attempted?

Ans.    There is no limit to how many times can UPSC CDS examination be attempted as long as the eligibility criteria like age and other, are fulfilled.

Ques. Are married candidates eligible to apply for CDS Exam?

Ans. No, only unmarried candidates can apply for CDS Exam.

Ques. Am I eligible to apply for CDS Exam if I have tattoo on my arms/ any other part of body?

Ans. Permanent body tattoos are only permitted on inner face of forearm i.e from inside of elbow to the wrist and on the reverse side of palm/back (dorsal) side of hand. Permanent body tattoos on any other part of the body are not acceptable and candidates will be barred from further selection. Tribes with tattoo marks on the face or body as per their existing custom and traditions will be permitted on a case to case.

Ques. How many language options will be available for the UPSC CDS (I) 2023 Exam?

Ans. UPSC CDS (I) 2023 Exam will have two Language options that are English and Hindi.